The Fiesta, currently my favourite car in the fleet. I ordered this car from my local dealership back in January 2016 after contemplating it for about the six months prior to that. Before the car came to Invercargill, it was modified by CTB Performance in Auckland, so that it featured the Mountune MP215 performance package.

I don’t know how many people get excited about the upcoming arrival of their new car, but I can confirm that from the moment I ordered the car, I did have many sleepless nights. Once I had the tracking number for the car transporter though, it was pretty much a week of restless sleep.

Spotting it had arrived early one Friday morning, the dealership hadn’t even inventoried the car yet. I raced in and got to see, touch and sit in my new car. It was like a dream come true. 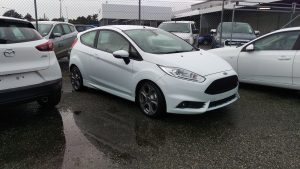 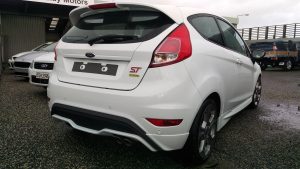 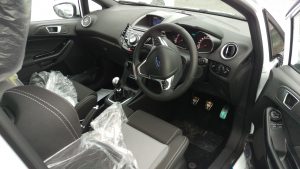