Anyone that’s a car fanatic will have read or watched reviews of the new Ford Focus RS and know that it’s one of the best enthusiast cars on the market today. You know the manufacturer has aimed the car at the enthusiast demographic when you see that the car has a ‘drift mode’.

Bill Richardson Transport World in Invercargill now have a fleet of performance cars available for rent in Invercargill, one of which is a new Ford Focus RS.

Paying our $300 rental bill, we grabbed the keyfob and jumped into the seat of the RS, prepared for an extended roadtrip on the Saturday. 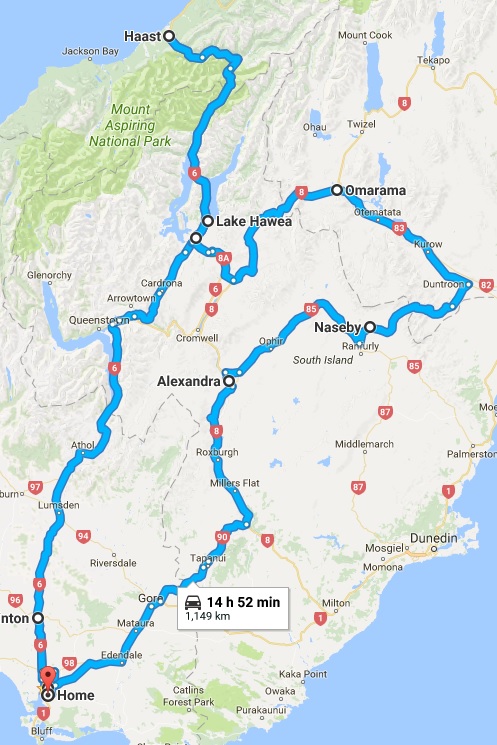 To try and make the most of our time with the car, Dad and I had planned a route that would allow us to fully experience the car (except for drift mode).

Our major destination for the day was the Haast, which meant that we got to drive the car around the lake roads. Some fantastic scenery and a few pretty cool corners made the car a blast to drive. 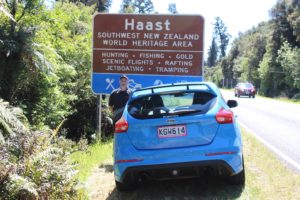 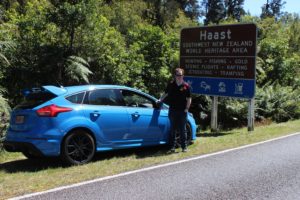 Dad and I standing beside the RS parked on the outskirts of the Haast township. 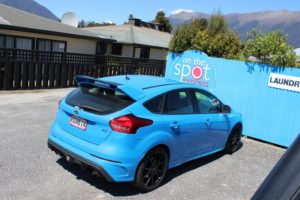 We stopped at the ‘On the Spot’ convenience store for a mid-afternoon Ice Cream. The Nitrous Blue of the Focus RS was a pretty close match to the fence colour! 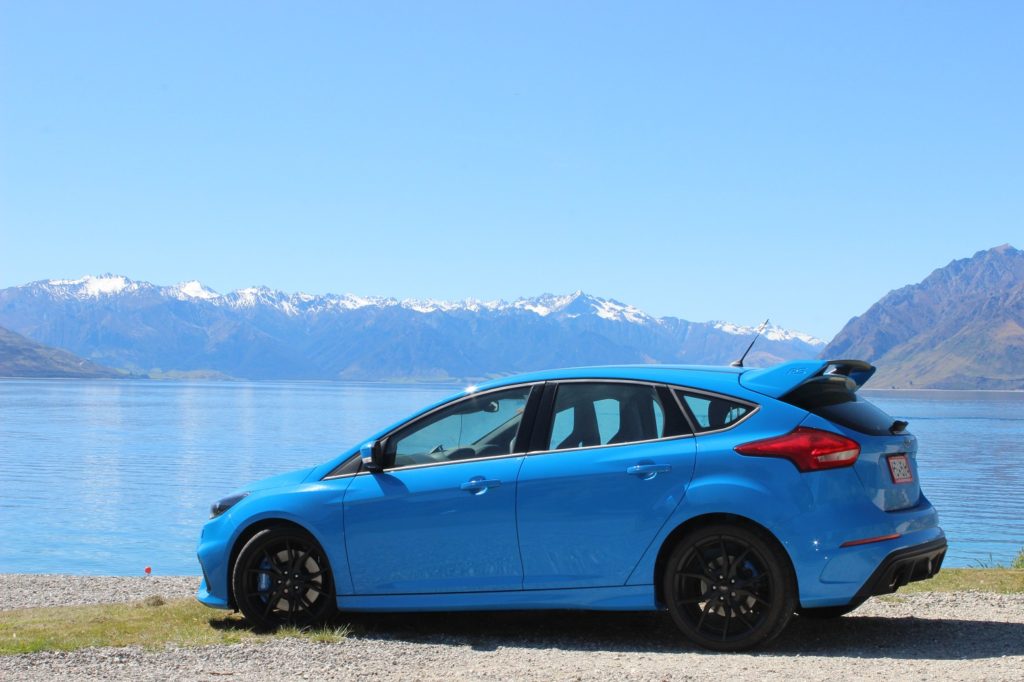 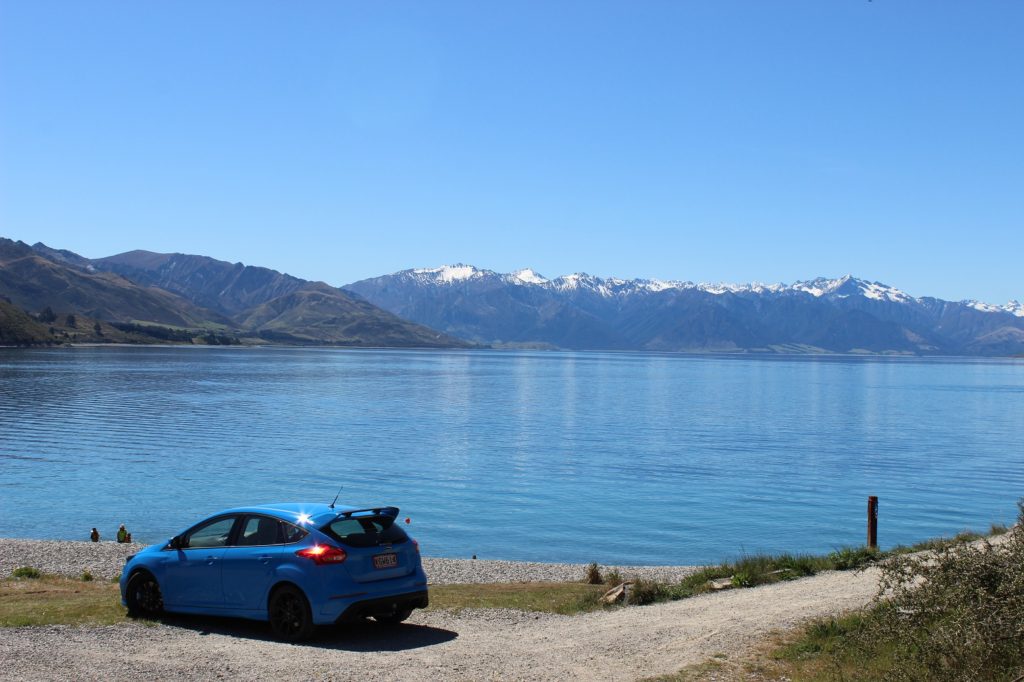 We left Haast after another driver change and headed back in the direction we had come from. Pulling into the township of Hawea (beside Lake Hawea), I pulled the car down beside the Lake so that I could snap a couple of cool photos. 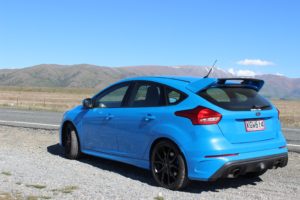 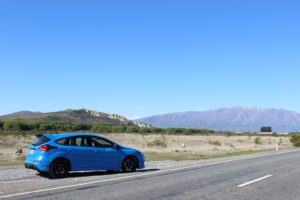 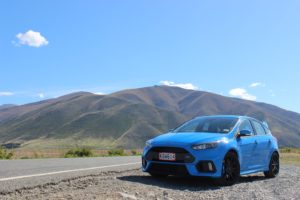 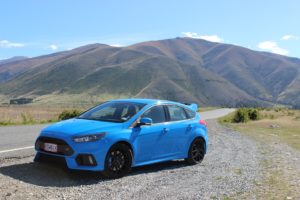 Heading back through the centre of the island, the roads were very quiet. The Focus RS ate the kilometers up and we made pretty good time. We drove the car in sport mode pretty much the whole time, which made the car feel more responsive and also made the exhaust pop and crackle a lot more. We did flick the car into race mode for all of about a minute, but the ride was just far too harsh. 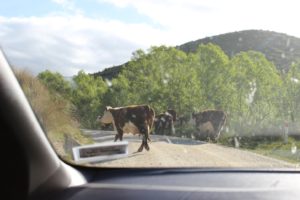 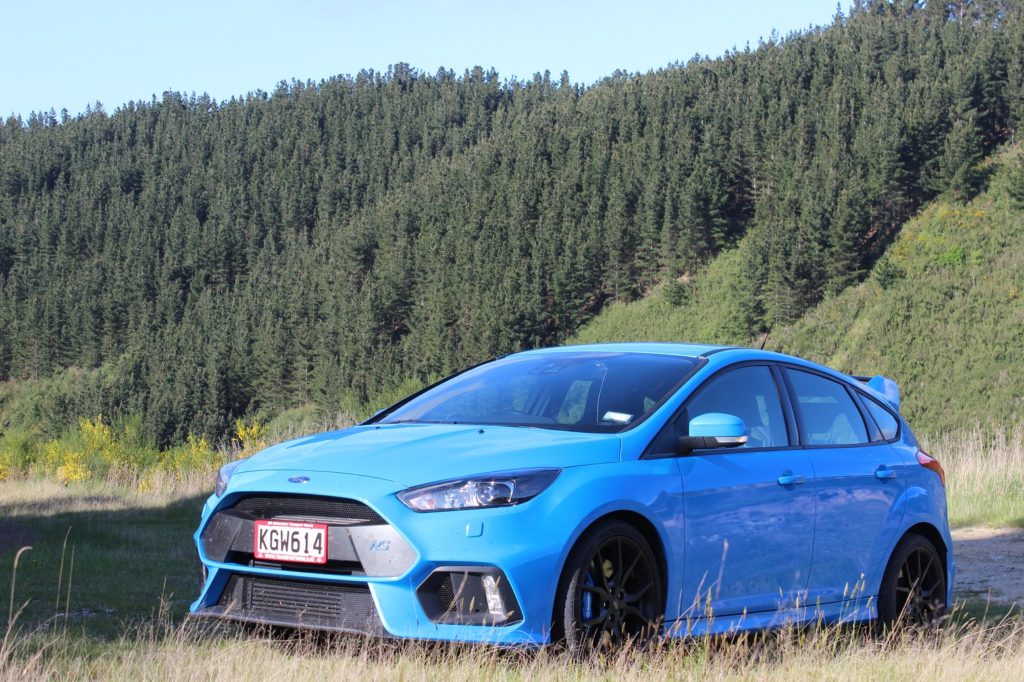 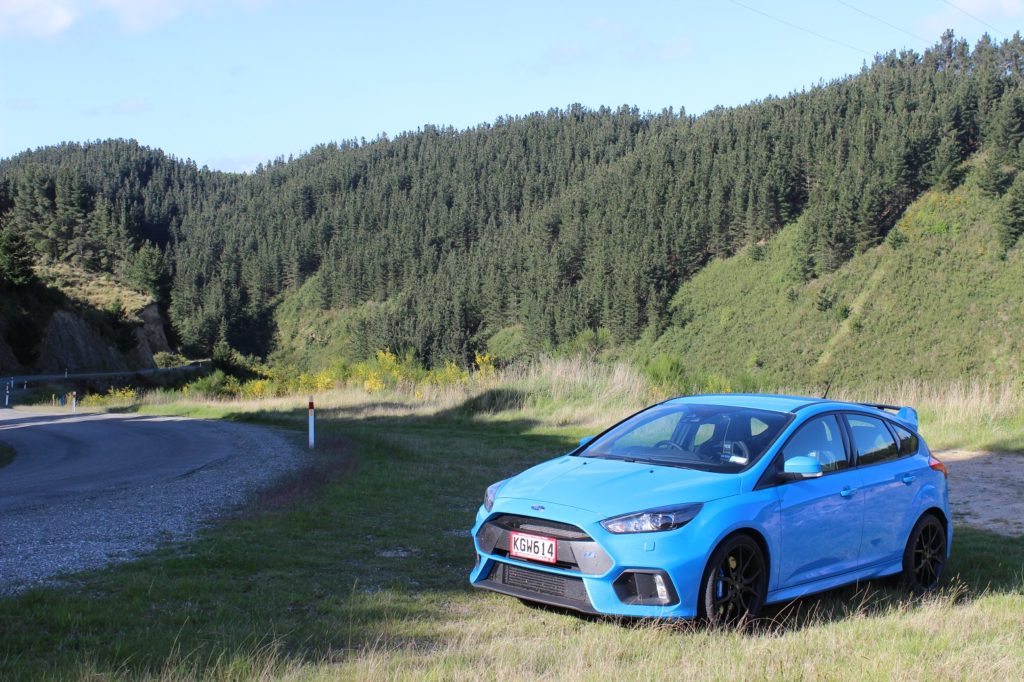 We stopped for another couple of shots that show the subtle, yet aggressive exterior of the Focus. Since this car is fairly new, there isn’t a massive number of these on the roads in the South Island. Unlike an out-and-out sports car, like a Ferrari, the RS attracts the eyes and comments of only proper enthusiasts that know what this car is and what this car is capable of. To everyone else, this just appears to be a bright-coloured Ford Focus. 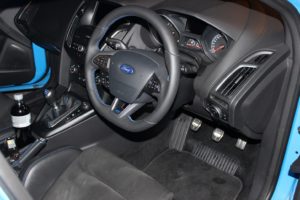 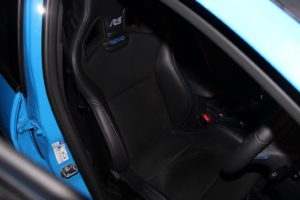 The interior is pretty much of standard Focus spec, with the addition of the recaro shell seats. I do feel that these seats are an inch or two too high, which you’d get used to if you owned the car. The thing that surprised me the most about the shell seats, is that they didn’t provide a lot of lateral grip, especially around the shoulders. The standard recaro seats in my Fiesta do a far better job of holding you in place. I know the standard seats are an option elsewhere in world for this car, but unfortunately in New Zealand we only receive the shell seats.

At a starting price of $72,990 + on-road costs, it’s a pretty expensive vehicle. Mind you, the engineering and sheer capability of the car go a long way to justify the high cost.

The burning question is, would I pay double the price of my Fiesta ST for this car? Not at this stage. The Focus RS is just so capable, that it makes 80% of general driving pretty boring and mundane. It’s really only when you get the car onto a tight road that you get a sense of thrill or excitement out of it. Since I’m not someone that’s tracking or drag racing the car, I’m unlikely to ever use the full power or mechanical grip.

I loved the idea that we can now rent such an epic car and enjoy a spectacular day out and plan to hire their V8 convertible Mustang next.