I know that I’m a few weeks behind with this post (and the next couple), but better late than never, right?

Leaving Wellington, the Fiesta was loaded onto the Ferry and we travelled back to Picton, where we were straight on the road down to Omaka.

Once arriving in Omaka, we stopped into the Omaka Classic Cars collection. Composed over over 100 vehicles, the museum features cars from the 1950s right through to a late model Jaguar. All the vehicles in the collection were in superb shape and the owners claim that with very minor work each and every vehicle would happily drive the length of New Zealand without issues.

The main part of the collection is housed in a massive shed with plenty of natural light, so you get optimal viewing experiences on some of the amazing vehicles housed in this collection. 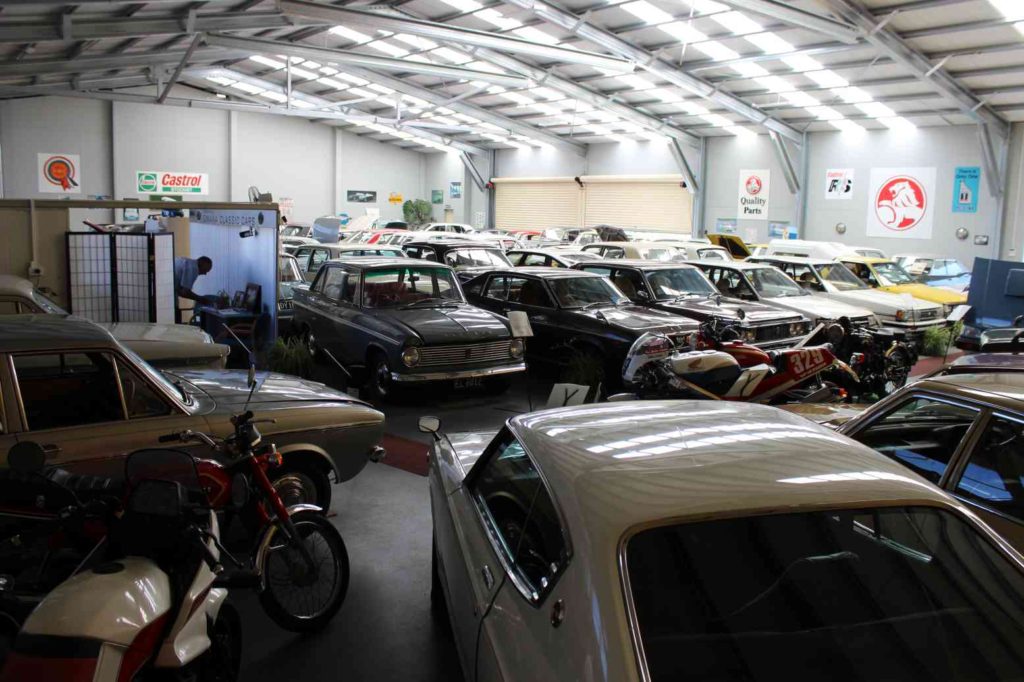 Let’s start with a car that I own, maybe not quite this spec – but close enough! A Mk2 Cortina 1600E, with the E representing “Executive” trim – including that gorgeous wood paneling. This car also included the black vinyl webasto (folding) roof. The roof would be great for a hot summer’s day in this wine-growing region! 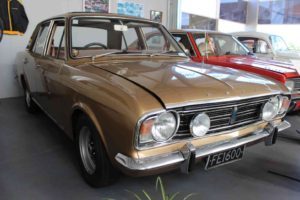 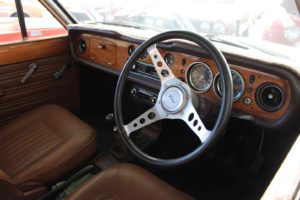 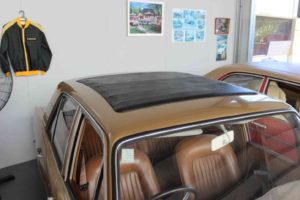 The next car that I spent time drooling over was this red Jaguar XK150. Wire wheels, that old-leather smelling interior and the little shifter make this another car that I’d love to add to my collection. I really must by a lottery ticket this weekend, haha! This car was originally purchased by the manager of a Tea Plantation in Malaysia, before he shipped it to the USA when he retired. In 1995 it was eventually imported to New Zealand. 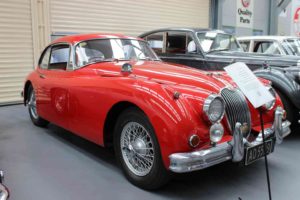 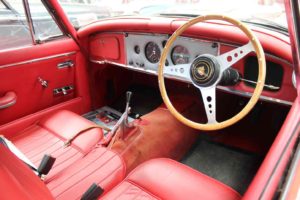 We then move on to this super-clean first generation Honda Accord. With just 87,000 kilometers on the odometer, the exterior and interior condition was in tip-top condition. It almost looked like it factory fresh. I’d suspect that this was a local car (assembled in the Nelson Assembly Plant), that’s spent it’s life in the Nelson region. 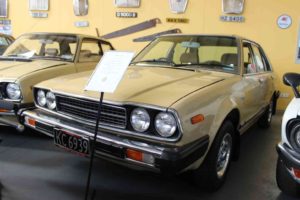 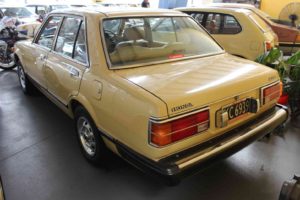 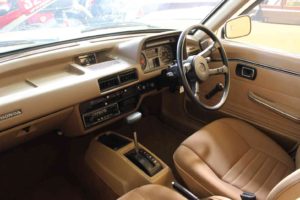 The final feature car of the main shed was this little Datsun 160J SSS. A 1974 car, this SSS was in great shape. These have become such a rare commodity here, as most have experienced some very terminal cases of rust. Featuring independent rear suspension and twin carbs, this little 1600 was a fun and exciting car to drive. I’ve never driven one, but would be pretty interested to see how this performs to my 1975 2L Capri, as I’m sure they were targeted at the same demographic. 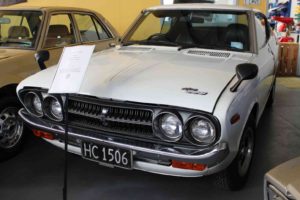 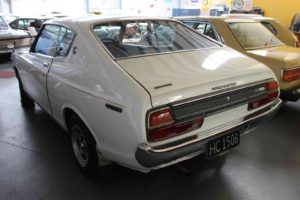 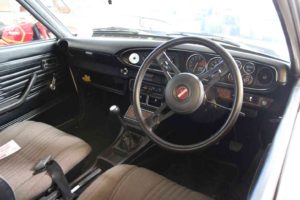 A couple of period posters and signs were dotted around the place. 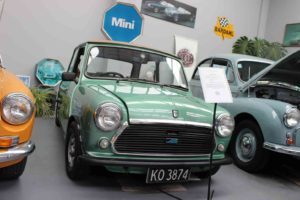 Moving out to the rear garages, I spotted this Mk4 Cortina station wagon. A very practical car, this would have either been used as a company vehicle, or as a family wagon when it was new. Ford were pushing their bold and bright colours in the 70s and I’m sure that this wouldn’t have looked out of place in it’s startling yellow! The interesting fact about this particular car is that it was an Australian-assembled car, which featured the massive 4.1L straight-six motor. Perfect for towing the family caravan! 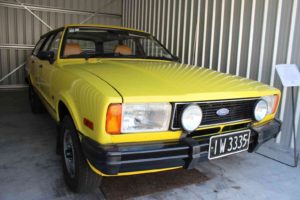 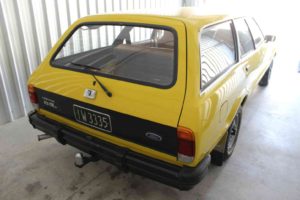 Next up was this 1988 Volvo 240GL (Grand Deluxe). Opening and closing the doors on this car is probably the highlight and trademark of this car, making that solid bank-vault door sound, somewhat reminiscent of my old S-Class Mercedes. The boxy-shaped 240 was never a pretty car, but it’s got that unique Sweedish flavour that just eeks cool. Plus, it’s got some very well-padded interior seats. Road-trip anyone? 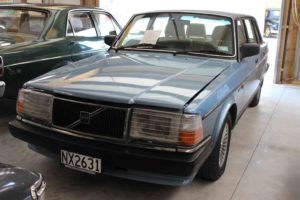 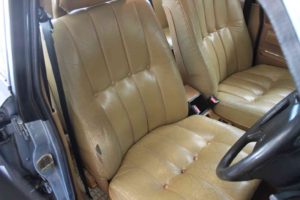 In the same shed was this 1994 Ford Falcon XR8 Sprint, modified by Ford’s high-performance turning partner, Tickford. The Tickford name has only just rememerged at the end of 2017 and they plan on creating some enhanced Rangers and Mustangs for the Australian & New Zealand market. The XR8 Sprint featured modified heads, a bigger air intake and an ECU tune to produce about 16% more power than a standard XR8. Having travelled just 130,000kms, the interior and exterior of this car was in very good condition. There were 3 Sprints in the collection, but this one featured a 5-speed manual transmission. As a child that grew up with a number of Falcons, the interior and styling of this Falcon brought back some great memories. 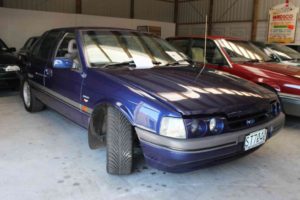 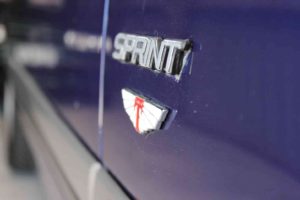 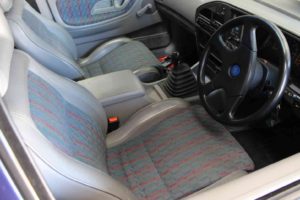 For a privately owned collection, Omaka Classic Cars was a massive surprise, as I wasn’t expecting so many clean, original and genuine cars, that all had a story to tell. As a growing collection, I’m excited to see this again in the future. A must-see for anyone in the area.