There was a segment on the news a few months ago that highlighted there was no longer a cop in Karamea and the locals were outraged. They believed that crime was low in the area due to the presence of their local officer. They then flashed up an image of the area, and I noticed how spectacular the road was. 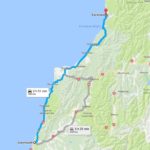 So, what more can I say? The road was spectacular! A great piece of twisty, secluded roads that were sealed to perfection. The scenery was pretty stellar as well. 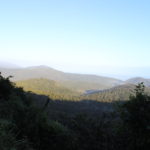 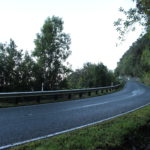 Without traveling on gravel roads, it was a trip back down the same road. Another few great hours of driving ahead! 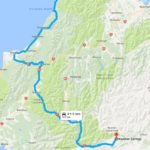 The next destination was Hanmer Springs, a little town in the centre of the Island. Hanmer is known for it’s hot-springs (natural hot pools) and is a big holiday destination, both for New Zealand citizens as well as overseas tourists. I stopped in at the local convenience store and got chatting with one of the checkout operators. She said it was super busy today as they were having an open day at the old hospital, to celebrate the centennial anniversary of the opening on the hospital. Turns out Queen Mary’s Hospital was opened in 1916 as a place to treat wounded soldiers after World War One. It’s one of the most historic buildings in that part of the country, which rumour has it, may be redeveloped and turned into accommodation. 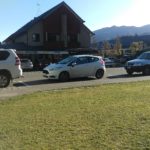 Above are a couple of pictures of the ST hanging out in Hanmer during the time we spent there.

The next stage of the journey was down to Christchurch. The company I work for owns a set of motels in Christchurch and I had an odd-assortment of tech jobs to do while I was on-site. As we were heading through to Christchurch, my friend Nathan suggested it was worthwhile taking a slight detour if we had time. He said to leave Hanmer and turn left, heading to a section of road called the ‘Arctic Triangle’. We weren’t sure what to expect, but he had led us onto a magnificent piece of road that ran around Mt Lyford. I believe this was the first time I’ve ever seen a marked 15kph speed signed marked on a road – it was one of the tightest switchbacks I think I’ve come across – not to mention the 30-odd one lane bridges! The road brought us back out at Kaikoura, which provided another nice scenic drive along the other coast of New Zealand. Never thought I’d have a coast-to-coast run in the same post! 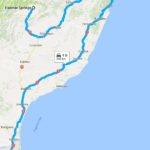 Next on the hit-list was to visit another location I had always wanted to drive to, but never had the time or need to go there. This trip I had nothing but time, and an excuse to go there – just for the drive. It was a remarkable little town called Akaroa. I managed to get a couple of shots at the crack of dawn and the traffic was minimal, so we had plenty of fun. I will return to Akaroa in the future, with plans to stay in the quaint little inlet town for a few days next time! 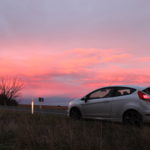 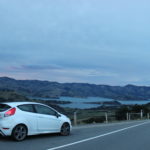 I should include a mapping of the road: 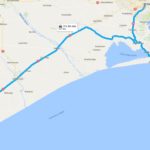 We then left Akaroa to go and visit some family in another little town called Temuka. They’re big petrol heads and were keen on seeing the car and hearing about our journey so far. The highlight of the trip was when Uncle Murray went a pulled out an assortment of his old photos. Below is a picture of his Ferrari Dino, which he held a speed record with down in Invercargill. He had a laugh when he told us that prior to the picture being taken, he had just rallied the car. He said at the time nobody thought anything of it – it was just a Dino. Betcha this makes people cringe now though. 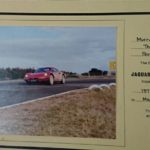 Rather than driving the main roads home, we decided that we’d tiki-tour and go through a place called Waimate. I’ll be back in Waimate later this year, as they hold a massive motoring event called the Waimate 50 every year. This year it’ll be 50 years of the Waimate 50, so it sounds like they have big plans. Nearly 350kms of road, we got to venture past some massive dams, including the notable Benmore Dam. This road even took us over the Lindis Pass – a treacherous road in the winter that I’m sure has been victim to many a rental-vehicle. It’s one of the massive roads frequented by tourists.

A stop at the River Cafe for an afternoon ice cream. 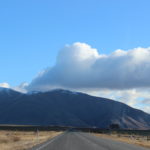 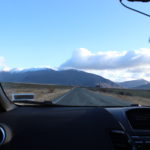 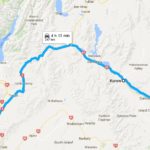 This led us into Queenstown, the tourist destination of the South Island. It’s got scenery for days and with it only being a few hours away, is a place we visit and holiday in regularly. First picture was heading into Queenstown, with the signpost to Invercargill on the way South and finally the one-way bridge to go home. They’re in the process of building a new bridge, can’t wait! 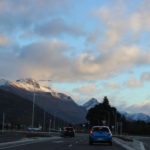 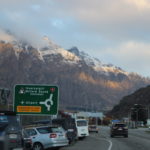 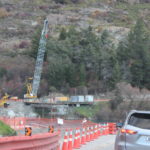 The road from Queenstown to Kingston includes a section of road called the ‘Devil’s Staircase’. I vividly remember reading a newspaper article that my great-grandmother had back when she was still alive, of the road being carved into the side of the mountain. At that stage, the road was gravel only and took many hours to make the trek. Today, it’s two-lane and takes only 30-40 minutes. 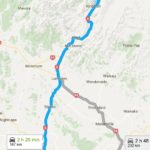 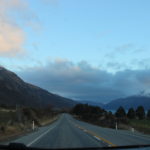 And that summed up the first major trip away in the Fiesta. Upon returning home, I swapped the dealership for my Mondeo, which had been happily tucked away getting a service. I think the service delivery manager was stunned that the Fiesta needed its first service already. It’s not due for another one now until 20,000kms – but I personally think that’s pushing a little bit too far, so I’ll have it in slightly sooner than that.

Plenty of articles to come, including detailed fuel costs (for those nerds that like that stuff) and I’m going to do a walk-around & try to do a POV driving video. Stay tuned & stay safe out there!