It’s been ten years since I attended the last show and shine day of a Vero Rally (Invercargill 2006), so when I heard that they were having another in Mosgiel, I knew I was going to head along for a glance. Some of the cars that were in Invercargill in 2006 I haven’t seen since. The show day back then was massive and I can’t ever remember seeing queues of cars lined up in Invercargill all the way from Otatara back to the overhead bridge by Levin Street.

Dad and I departed town nice and early in the XR4i, making decent time on the way to Mosgiel. It was held at their airfield and was a fantastic venue for hosting such a large show and accommodating the large number of spectator vehicles. The location made it deceiving, but I’d suspect there would be as many spectators at this show as there was back in 2006. The crowds were massive (as pictured below), but they had the field nicely setup and had the food stalls and live bands and performances well away from the cars to segregate the two – something I liked. It saved someone spilling stuff over the vehicles etc. 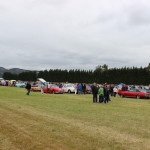 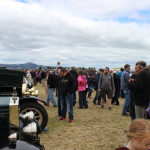 We spent a good chunk of our day perusing over the post 1960s cars, with a decent variety of vehicles on show. I was suitably impressed with the number of foreigners who were piloting these vehicles – with plenty of drivers from England and Australia behind the wheel of “borrowed” vehicles from friends. I’ve got a few of my highlights from the show below.

Probably the cleanest Mk5 Cortina that I’ve ever seen in my life. Both Dad & I commented at how pristine almost every aspect of the car was – including the window rubbers that looked like they had only come out of the factory yesterday. 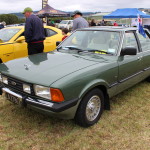 A cool little Volvo P1800 – we don’t see many of these in New Zealand. 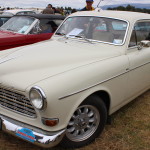 A genuine JPS (John Player Special) Mk2 Capri. Awesome looking car, I’ve read plenty about them in the past – so was finally good to finally lay my eyes on one. Would hate to think what this car was worth now – would be huge money! 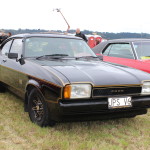 My favourite car of the show – a 1977 Saab 96, something I’ve only ever seen in articles or on TV. This car was running the small V4 engine (as pictured) and you can see that the heater nearly took up as much space as the engine itself! This car is one of the last batch of 150 right hand drive cars produced for the UK market. It was in nearly new condition with just over 40,000 miles on the car. The owner, Philip, even got out all the service records for the car. The next stamp was due at 41,500 miles, which he was still yet-to-hit. Both he and his wife were wonderful to talk to and it was great to hear the story of the car. Thanks. 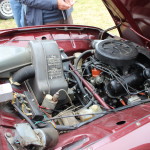 A 1953 Frazer Nash Mille Miglia – haven’t seen one before, but this was looked very tidy considering it was restored over ten years ago. 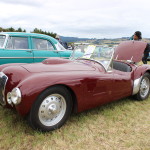 We had a giggle at the comment on the window card of this cute little 1913 Alldays and Onions Midget, with the owner stating ‘Can find hills where there are none’!
It was powered by a 2 cylinder, 8 horsepower engine with three gears. 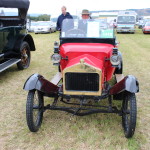 Alvis must have had a good chunk of the market back in the 30s and 40s. I’ve never seen so many in one place at one time. Here were two that I was quite partial to. 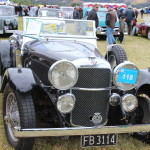 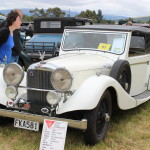 The following Rolls-Royce Silver Ghost had some great history behind it. There’s nothing better than actually reading about the history of a car – or talking to the owner – to hear some epic stories about each vehicle. In this case, the Ghost travelled from London to Vienna back in 1913, with one of the passengers taking pictures of the car along the way. Fast-forward 100 years and the current owner decided to replicate the trip and the photos. You can read about the trip in the book ‘Mr Radley Drives to Vienna’ by John Kennedy. It’s something I’m going to do myself! 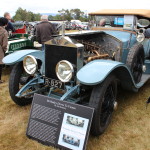 Other than that, it was a spectacular show and something I hope that I won’t have to wait ten years to see again. Pictured below are some of the cars spotted in the spectators car park – including a converted V8 Capri that looked stellar and a 1989 Nissan Pao which I’ve never seen before. 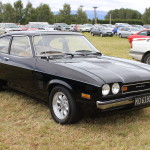 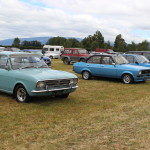 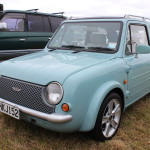 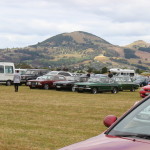