I try not to miss a race meeting at our local race track – Teretonga Park, in Invercargill. One of my favourite events every season is the Classic Speedfest, which this year was held on the 20th & 21st February. This was the 24th installment of this particular event and I know that they’re in the process of planning something rather special for the 25th one in 2017.

Dad & I always make sure we take something “classic” out for the weekend. This weekend, it was time to give the XR4i a bit of a blast. 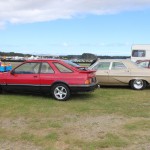 As I love my British vehicles, there’s a few Escorts pictured below including the very rare 1975 Zakspeed Escort that goes and grips like nothing you’ll ever see. Must be a blast to drive! My highlight of the weekend was the Historic Touring Cars. It was probably the biggest ever field of these vehicles that we’ve had attend in recent years and they were superb to watch. My friend Nathan sent me through a link of these cars racing at Silverstone back in 1992. Some very gripping footage (see below). 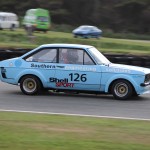 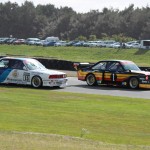 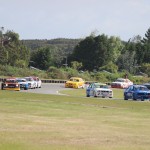 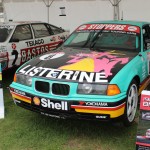 Unfortunately there were a few scrapes and dings during the weekend. Overall, most of the drivers involved were pretty well behaved – as the Classic Speedfest tends to attract the slightly older and mature crowd. The poor Jag below ended up having a very major collision with a tyre wall in the second last race of the day and didn’t fare very well. 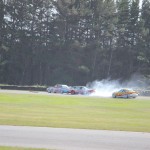 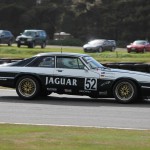 The first time we’ve seen this newly-built 5.8L GT40 replica, which had only just been completed. Would have been great to have seen it on the track, but unfortunately the car got jammed in gear on Friday during one of the practice sessions. Hopefully we’ll see it out next season. 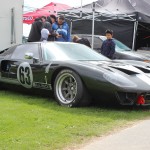 Spotted this very, very tidy and original 280 Brooklands Capri. An imported car, I believe that this is the first one that I’ve actually spotted in person. The 280 was the run-out Capri, before it was taken off the market. This car came with a limited-slip differential and 2.8L V6.

Last year Tony Haycock from NZ Classic Driver magazine did a feature on the Zakspeed Escort (pictured further above in the post), taking the car for a few laps in the morning. It was particularly foggy that morning, which made some of the pictures in the feature look amazing. This year, he managed to score a drive in the ex. Paul Radisich Mondeo. It’s always interesting watching the poor cameraman hanging out the back of the Hilux while trying to get some good shots. I haven’t seen the Mondeo featured yet, so guessing it’ll be out in the upcoming issue. 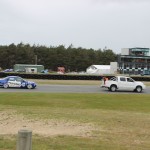 Overall it was superb weekend and I can’t wait for next year!