On Sunday 27th August, we attended the Daffodil Rally for Cancer which was run throughout the country by the Vintage Car Club of New Zealand.

We assembled in the carpark of the Gore town & country club. There was a good selection of cars from a number of different marques. 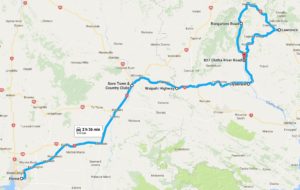 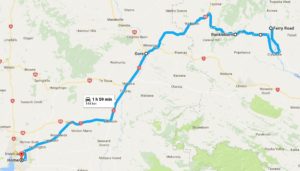 I had to break the map down into two distinct sections, as Google maps is unaware of a ferry crossing & thus will redirect back to the nearest road. In total, we covered around 343 kilometers for our afternoon outing. About perfect distance for a Sunday afternoon.

An assortment of classic British vehicles were assembled, ready for some heavy mileage. The mustard-coloured Triumph 2500 was in superb condition. The owner said that the car only had around 80,000-odd original kilometers on it & you could tell by looking how well the car was preserved. He did admit that he had put a new engine in the car as the old engine was seized. 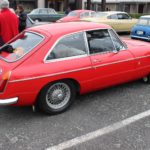 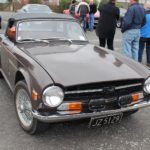 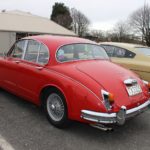 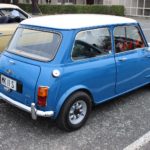 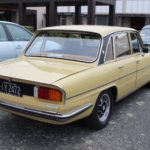 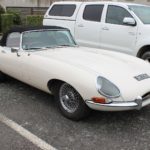 A couple of German classics parked up. The black 1977 Mercedes 230 was an imposing looking machine. 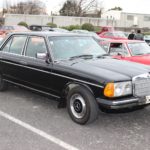 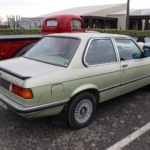 After our safety briefing, everyone slowly made their way out of town and up to Lawrence. The Vintage club advise everyone to depart in 1-minute increments, so that other motorists don’t get stuck behind large grouping of classic cars on the roads. 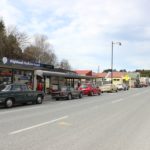 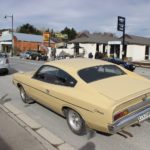 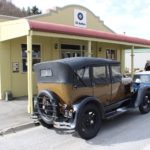 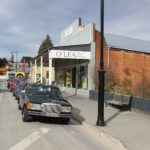 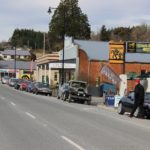 After arriving in Lawrence, we parked up on the main street and were free to wander around the township & depart at our own leisure. The weather in Lawrence, for what is still winter here (just) was great. Unfortunately, with flooding in the South Island in July, three of the Cafes had closed down. The locals did report that they would all reopen over the summer period.

I managed to score a manuka-honey bacon sandwich from a food trailer & we had a look through some antique shops. 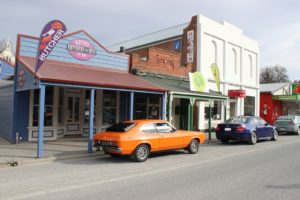 The Capri parked outside the local butcher shop, behind a V10 M5 BMW that was also on the rally.

On the way back to Invercargill, we decided to see if the Tuapkea Ferry was running. We were in luck & I managed to get my car loaded on for a trip across the river. 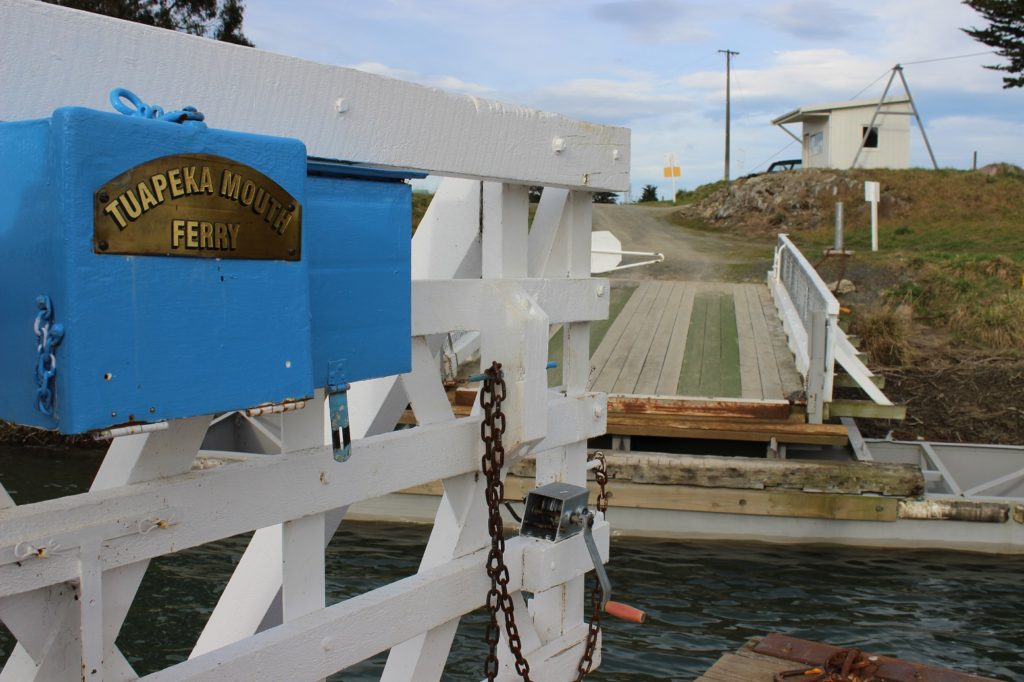 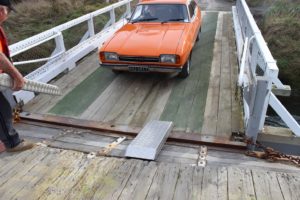 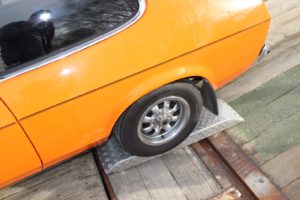 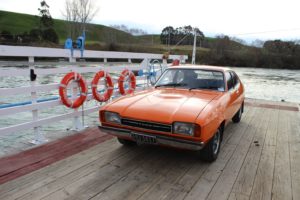 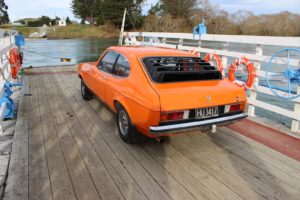 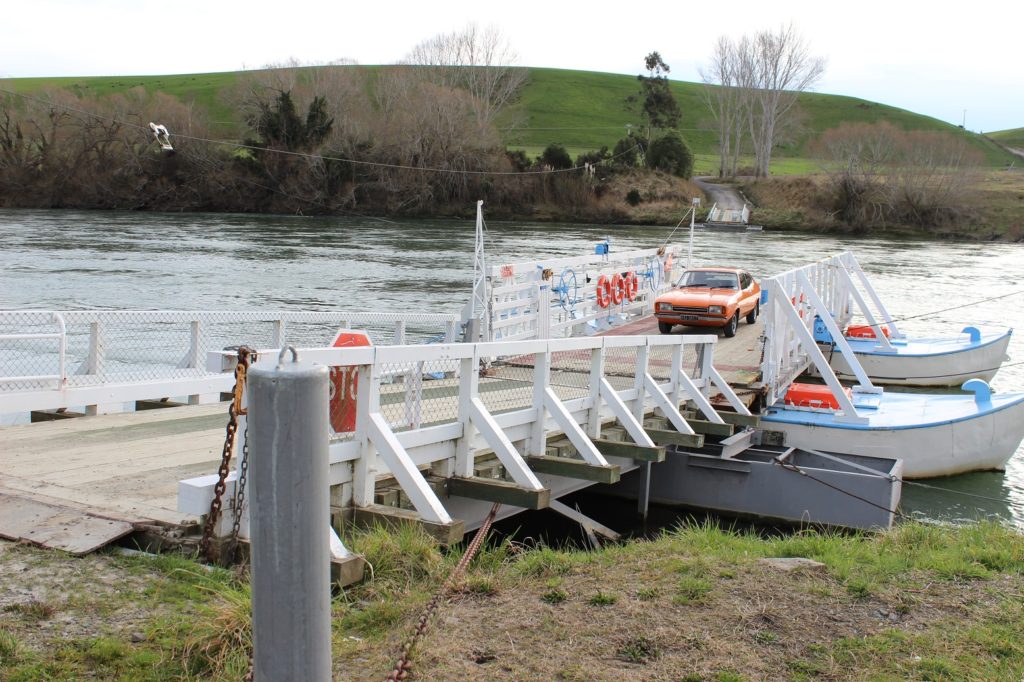 The river was running a little bit lower than usual, so Terry, the operator, had to lay down some ramps so we could get the low-slung sports car loaded. The angle of attack meant that the poor clutch had to do some pretty heavy lifting to get it up.

Terry was a great bloke and extremely helpful in making it a great experience. 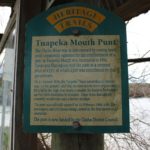 The ferry (or punt), was originally opened in February 1896 and is the last known punt to be in operation in the entire southern hemisphere. The ferry operates 7 days a week, unless the weather is so bad that it’s unsafe to run. It’s funded by the Clutha District Council, meaning that it’s totally free to the public. A few years ago, when the bridge at Beaumont was being renovated, this was the only way to cross the Clutha River without taking an otherwise massive detour & was operated for ten hours a day to get people across.

The punt uses the flow of the river to cross from one side to the other & back.

Feel free to visit their website for further info: http://www.tuapekamouthferry.co.nz/

Once we had crossed, we made our way back to Invercargill taking a slightly longer route than was expected. “Winging it” we ended up in the middle of a forest on some rather interesting roads. A pretty good day out to raise some funds for a good cause! 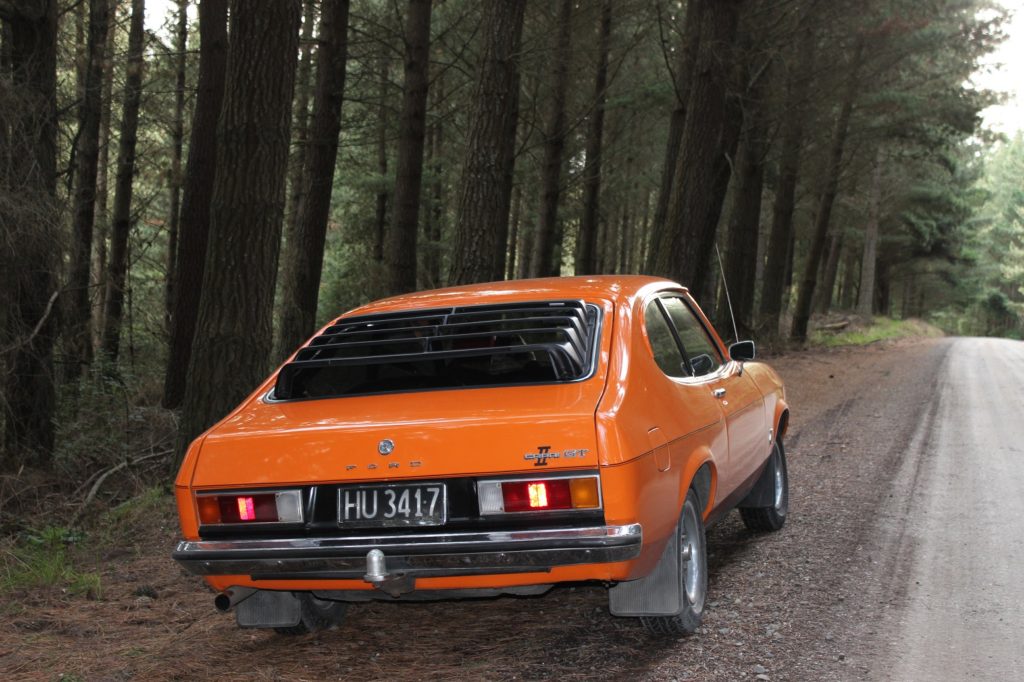 2 Responses to 2017 Daffodil Rally for Cancer