The weekend of the 3rd to the 5th of June is Queen’s Birthday and our last long weekend until October. I had plans to go somewhere for the long weekend, as there are a number of different car events on over the weekend, but decided that I had been to Timaru the past two years, so a third was on the cards. The other bonus with Timaru is that it’s not too big a trip for the Capri – which has developed a bit of a shudder on takeoff – but only once the car gets warm.

Leaving late Saturday morning, we departed on the 400 kilometer trip to Timaru, using State Highway 1. As usual for a long weekend, the police are out in spades, enforcing a “zero tolerance” on speeding – meaning you’ve got to be pretty well behaved! 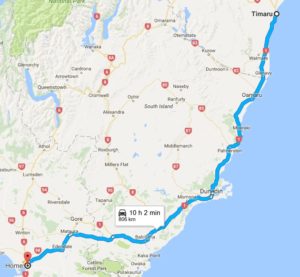 The journey there went without a hitch and we checked into a small motel in Timaru that we hadn’t stayed at before. I was delighted at reception to be told that I had a room with a garage. Perfect! There was even a hose available for car-wash duties, if it hadn’t been raining. 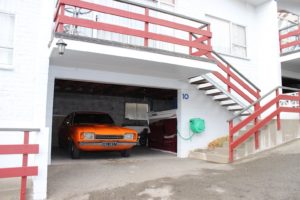 The next morning we had to cut our live feed of the LPGA short and head off for the meeting point at Caroline Bay in Timaru. At this stage it was spitting, but just before we went to leave it started to rain pretty heavily. 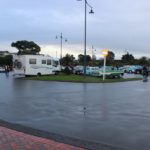 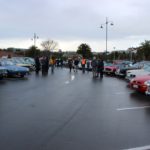 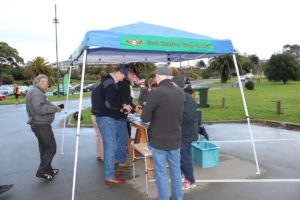 Registration at the tent, where we were provided with some sweets and the instructions for the Rally. 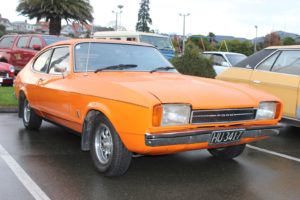 Capri lined up, waiting to go on the run. 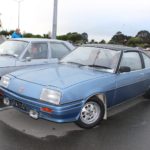 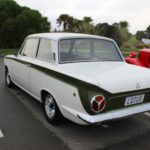 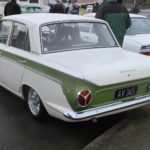 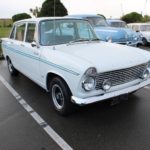 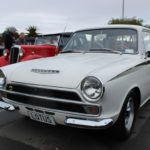 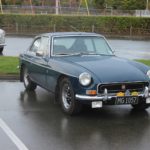 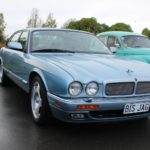 An unusual Vauxhall Cavalier, MG BGT, Jaguar, a couple of Cortinas and a Hillman Super Minx were waiting to go on the run. 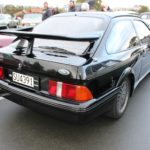 The nicest looking Ford Sierra Cosworth, that I think I’ve ever seen. Not even a swirl mark in the paint. We had a chat with the owners, Peter and Linda, later in the day. Turns out they have quite a few Fords in their collection. Peter also informed me that his daily driver is a Ford Fiesta ST. What a fluke! His Fiesta was the first Molten Orange coloured car in the country. It was great having a chat with like-minded individuals. 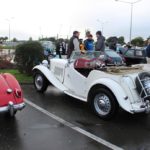 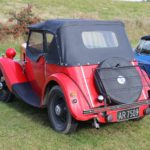 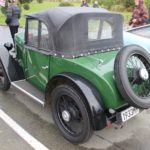 A few unique cars, including a stunning Mk5 Jaguar and a 1956 MG ZA Magnette. The MG runs a 1.5L four-cylinder engine with twin SU carburetors, which produces nearly 60bph. The poor little 1.5L will propel the car from 0 – 100 kph in just under 24 seconds! With a four speed manual, it has syncromesh in the top three gears. It must have been a very advanced car at the time it was produced, and the car, which has been restored at some stage, looked superb and was probably my pick of the show. 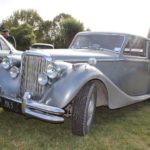 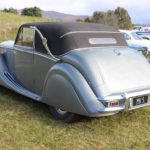 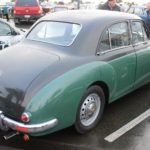 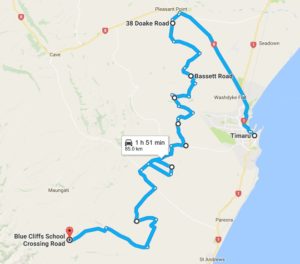 We departed Caroline Bay around 10.20am and headed out on the Rally. As usual, we got taken on a number of back-roads that neither Dad, nor I, had been on before. The only downside this year, was the 1 kilometer stretch of gravel about halfway through the run. With the amount of rain we had received, all the cars looked like they’d been 4-wheel driving by the time we reached our destination. 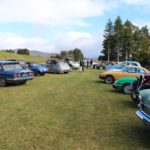 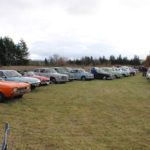 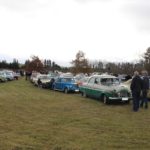 The final destination was the Blue Cliffs Hall, where we parked up behind & in-front. They had the local school group put on a BBQ and inside there were coffee/tea stalls and a number of home-baked delights available for purchase. I had a superb piece of caramel square with my lunch and purchased some chocolate fudge for later. 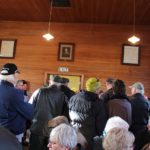 After lunch, we all crammed ourselves into the hall for prize giving and to draw the raffles that had been sold throughout the day. Unfortunately, we didn’t win anything.

That completed the Rally and we departed and made our way back home again, with the dreaded shudder becoming a squeal by the time I pulled back into the driveway at home. I’ll have to do some investigation and remedy the problem – but it shouldn’t be hard to locate it now that it’s making an audible sound. Until next year!

3 Responses to Timaru All British Day 2017