We’ve been discussing a four-wheel drive trip for a while now and decided a few months ago that Easter Weekend was going to work out as a suitable time to make it happen. We departed on the Sunday morning, with the destination being Borland Saddle. Packing plenty of food, fuel and Easter Eggs, we were prepared for anything! 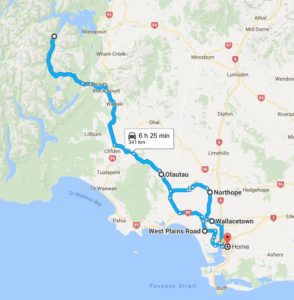 The group consisted of Dad, Nathan, Robbie and I – piling into Nathan’s Toyota Prado. The last time I was in the Prado, was a year ago, while we were racing to spectator points during the Otago Rally.

It took a couple of hours before we arrived at Borland Lodge. Once you pass Borland Lodge, you are on the rugged-terrain section of road. Luckily the gates were open – which meant the roads were clear – and we were able to proceed. The first stretch of road up the saddle is accessible by cars as well, but I wouldn’t go as far as saying that it’s a great driving road. 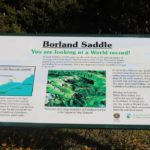 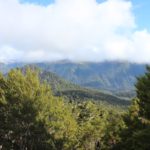 Borland Saddle is the second highest road in Southland. Created after a massive earthquake around 12,000 – 13,000 years ago, the quake generated a massive landslide – the biggest that’s ever happened in New Zealand. Some very pretty scenery as you stand and look over the valley. 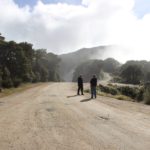 You could tell we were up high by the cloud that was surrounding us. Dad and Nathan are checking the place out. 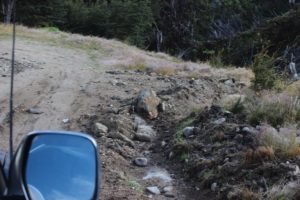 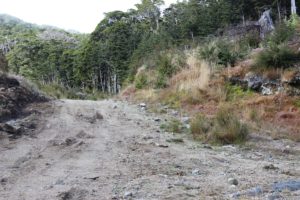 From the Saddle, the next part of the trip was downhill. The picture above was on the small track to the ‘Bivvy’. The Bivvy is a small ‘A’ shaped building which has two bunks inside, where you can spend the night. No booking required, first in, first served! 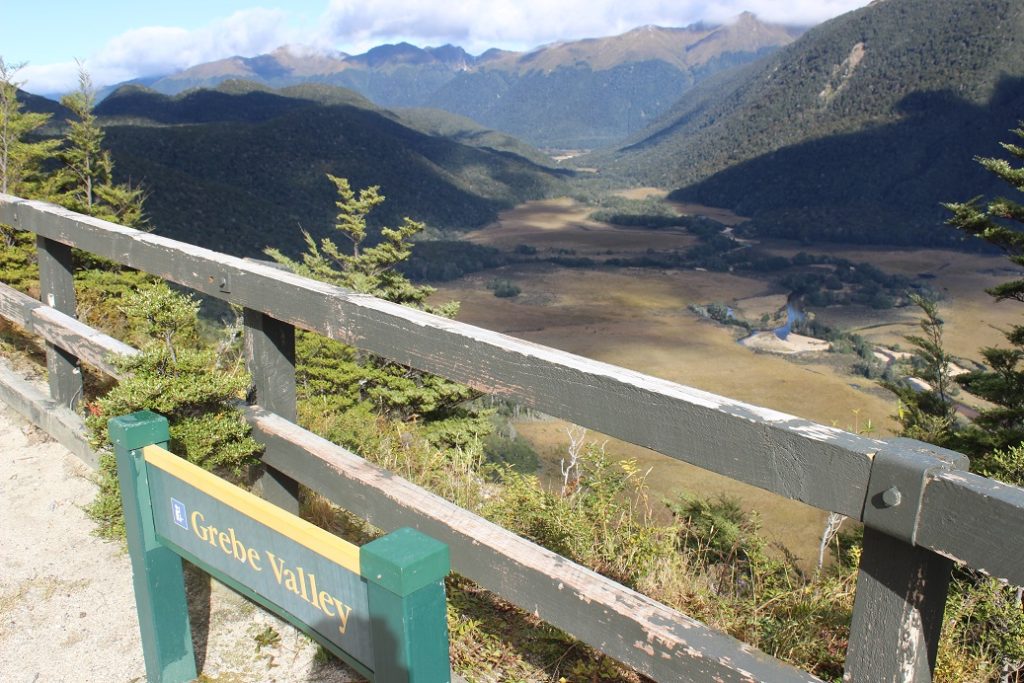 Next stop on the trek was the view of Grebe Valley. Here you can see the Grebe River. Frost and bogginess prevent the beech forest from establishing here. The U-shaped Grebe Valley was carved out by a glacier in the last ice age.

A we progressed further into the valley you got to see the power transmission lines. These transmission lines bring electricity from the Manapouri Power Station to the aluminium smelter at Tiwai Point. They were constructed during the 1960s, during one of Southland’s largest engineering projects. Some were really close to the road and had big barbed-wire netting about a quarter of the way up to stop pests & people from climbing up. It boggles the mind to think how much work went into building and assembling these behemoths. 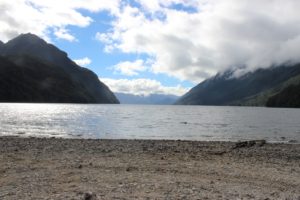 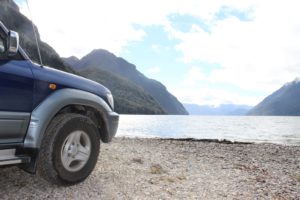 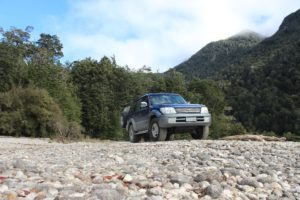 After following the trail all the way down, we ended up at the South Arm of Lake Manapouri. We stopped on the shore of the Lake and ate out lunch while trying to avoid the hundreds of thousands of sandflies that were swarming around us.

Aside from a scenic helicopter flying over, it was a very secluded and peaceful spot. There are eight non-powered tent sites which are available for campers. There were a few remnants of camp fires on the shore. 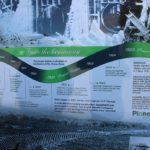 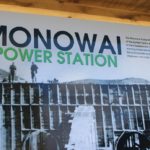 After lunch, we retraced our steps and went to have a look at the Monowai Power Station. Opened in 1925, the Monowai Hydro-Electric power station was one of the earliest in New Zealand. It was only in the mid-2000s that the original turbines were replaced with newer ones. Incredibly, one of the original turbine and generator units has been refurbished and put into service at a small hydro power station near Waitomo in the North Island.

We stopped at the Otautau Four Square shop for an afternoon ice cream on the way home. Overall, it was a pretty epic trip on better roads than we were expecting. A great way to spend Easter Sunday!