Over the Easter weekend, the Ford Falcon and Fairlane Nationals are held. On the Saturday, they were parked up on display at ‘The Gate’ in Cromwell.

As I didn’t have too much happening on the Saturday, I thought I’d take the ST for a bit of a spin as I haven’t really had it on any long trips in a couple of months. I left Invercargill just after 9 am and departed in the direction of Dunedin. When I arrived in Waihola, I turned right and took the scenic route, which is far more entertaining to drive and has considerably less traffic. 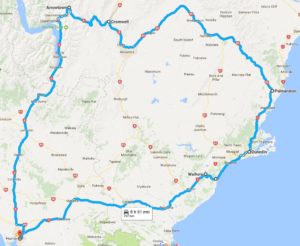 The scenic road follows around to the Taieri Mouth and across the Waipori River. I stopped the ST and took a couple of obligatory photos… 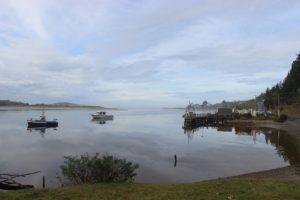 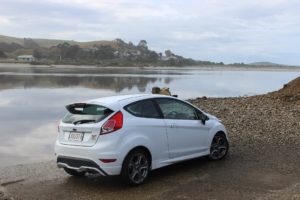 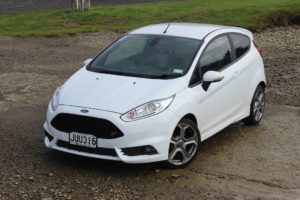 From here, I went through Dunedin and up to Palmerston, where I turned inland on State Highway 85. I have been to Palmerston plenty of times before, but never turned and gone inland from this point. State Highway 85 provided some really nicely sealed roads that weren’t chopped up and pot-holed like we usually see as well as some spectacular scenery. Traffic on this road was pretty minimal and I’d assume there’d be less traffic on this stretch of road on a standard weekday or weekend.

As you progress inland, you pass small towns, which are popular with bike riders on the ‘Rail Trail’. The Rail Trail is an old transformed rail road, that’s now home to a 150-odd kilometer biking/walking track. Easter seems to be one of the most popular weekends for people to do this ride (as we get the Friday & Monday off work), providing a long weekend. I was only talking to my friend Peter earlier this week about ticking this one off our bucket list in the next year.

I stopped for a bite of lunch in Ranfurly, before heading through to Cromwell to have a look at the car display. 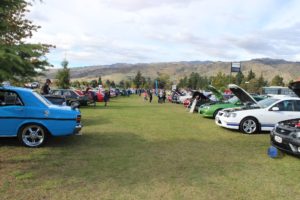 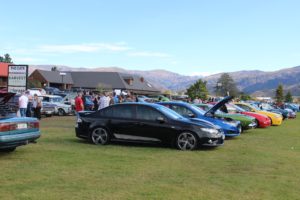 Above are pictures from opposite ends of the show. 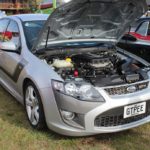 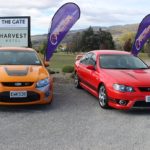 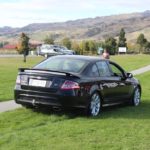 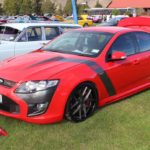 Some of the modern Falcons on display. 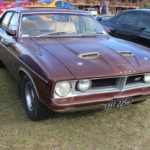 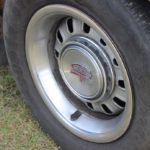 A VERY original looking XB GT Falcon on display, with the factory mags still on the vehicle. I really hope that the owner does all he/she can to preserve the condition of this vehicle and doesn’t do a restoration. It’s refreshing to see a true “survivor” vehicle. 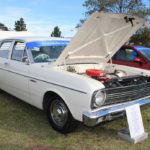 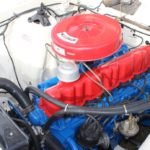 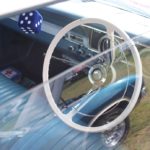 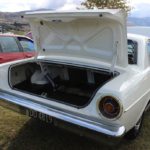 My favourite vehicle of the show – a 1967 Ford Falcon XR. When I was growing up, Dad & I flew to Wellington and collected a bright orange 1967 XR Falcon and drove it home. It was the first classic that we actually owned and was a great vehicle. Seeing the white one brought back some good memories. The white one pictured was in superb condition and looked like it had just rolled off the factory floor. As an enthusiast, I love that this car is still running its original six cylinder motor and that it hasn’t been switched out for a V8. 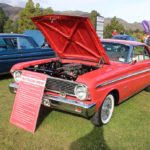 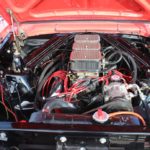 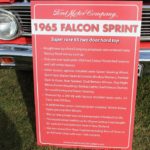 Above is a very rare 1965 Ford Falcon Sprint, in a colour that I like the name of – Fiesta Red! This car was originally ordered by a Ford employee, who optioned the car right up – so it has some very unique and cool features – like the 14″ Kelsey Hayes wire wheels. 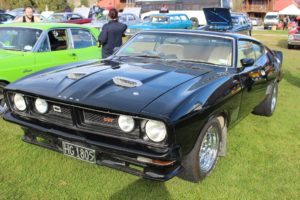 The black XB GT Coupe is owned by Nicola’s Dad (I work with Nicola). He only takes this car out once ever four or five years – so it was good to see it out on display today. The coupes have such an aggressive “mean” look to them. Love it! 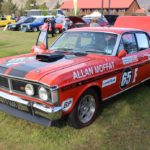 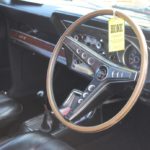 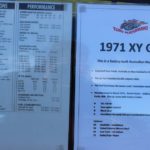 An XY GT in Moffat livery. The attached spec sheets were interesting, stating that the car produced 515 Nm of torque. That’s high even by today’s standards! Some of the optional extras on this car were a radio/tape player and seatbelts. Stuff we don’t even think about when buying a new car these days. 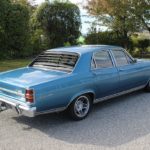 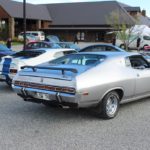 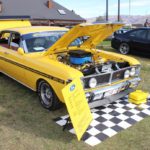 A few other cars that were floating in the carpark and on display. Note the yellow crank as the table leg. How cool! 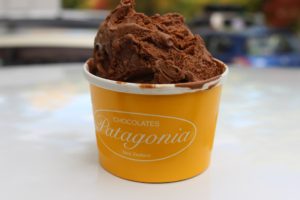 I cruised home, with a stop in Arrowtown for a refreshing afternoon chocolate Ice Cream.

Tomorrow brings my first 4-wheel drive trip, so away to get some sleep before the early start!