On Saturday 27th January, my cousin Josh is getting married. Back when we were younger, Josh lived with us for a few years, so I’m closer to him than most of my other cousins. He sent the invite out last year and so I decided that Id take a week off work and use the wedding as an excuse to road trip the Fiesta through to Wellington.

Dad decided to join me for the trip, so we left Invercargill about 9am on Thursday morning. I had previously booked accomodation in Christchurch for the night, so we knew that we only had to cover 600 kilometers for the day. Pretty easy going, really. 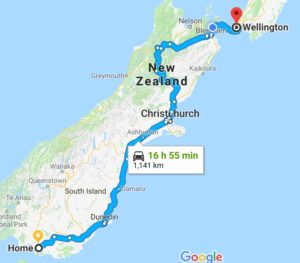 After a rather hot, sleepless night in Christchuch (as they had a 30 degree day), we were up early and on the road at 6.30am. We wanted to leave a little early, so that we could beat rush hour traffic in Christchurch and to also make sure that we left enough time for the journey. If State Highway 1, through Kaikoura wasn’t open, then we’d need time to make about a two hour detour through the artic triangle. I haven’t driven the arctic triangle since I originally brought the ST back in 2016. Luckily, the road was open, but with the roadworks still in full-swing, there was probably about an hours delay all up. 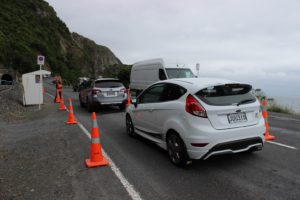 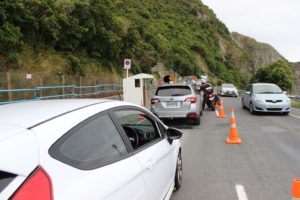 It’s the first time I’ve driven the road since the major earthquake hit at the end of 2016. I’ve seen plenty of news articles and looked at plenty of images, but honestly didn’t realise quite how much devastation had been caused by the quake. Roads, bridges, and train tracks had literally disappeared under rubble that had fallen from the surrounding hills. 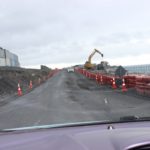 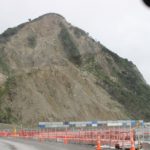 At the time, Kaikoura was completly blocked off, from both North and South, with supplies having to be helicoptered in. It’s taken a long time for the roads to be reopened and the hard working teams still have a long way to go, but they’ve made some impressive progress.

Eventually we made it all the way through to Picton and arrived with a little bit of free time to have some lunch before we had to be at the ferry terminal. I settled for a steak, bacon, and cammenbert cheese pie and washed it down with a bottle of diet coke. The perfect Kiwi lunch! 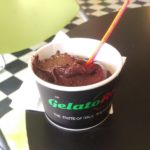 I noticed a little Ice Cream Parlour across the street, so we visited for a quick sweet treat before hitting the road. I grabbed a two-scoup cup of dark chocolate!

We boarded our Ferry, the Bluebridge, and parked the ST between a few larger commercial and camper vehicles. It’s pretty small in comparison. 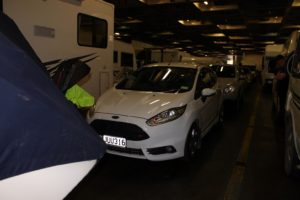 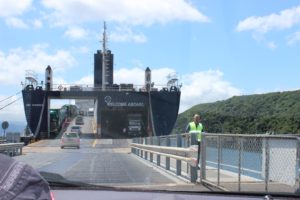