After nearly four months of ownership, I’m loving the Fiesta ST. If you’ve seen or read any reviews on the car, all of the rumours are true. The car is phenomenal to drive, especially on a tight, technical piece of road. I mean, I guess we’re pretty darn lucky with the roads we have here in New Zealand, that most are pretty well sealed and traffic isn’t that bad. After spending a night reading the owner’s manual, I discovered that if I tap the ‘traction control’ button, it will put the car into sport mode. Holding the button down completely will take the traction control off (well, as far as Ford will let you). If I’m out having a bit of a spirited drive, I find that the sport setting is so much better than having the car in its normal mode. Sport mode seems to stop the car from trimming the corner quite as tight, and as such, will let the car rotate around the corner a little more.

Last week, I celebrated the 8000 kilometer rollover (albeit, digital rollover).

What has surprised me most about the car?

I have a few weekends away in the next month or two – with a trip to Christchurch for round 2 of the South Island Endurance Series, round 3 in Timaru & then 50 years of the Waimate 50. The three are all decent car events, so I’ll get some goods shots & footage hopefully. By the time you throw in some other car shows or trips, a weekend spent watching the Bathurst 1000 on television and a few rounds of golf, my schedule is pretty full. I have adjusted my schedule for Timaru though & will be driving home late on the Saturday night, so that I can attend the Southland Festival of Running on the Sunday. I’m undecided on the distance that I’ll run yet, but the half-marathon sounds more likely – considering it’s likely I won’t be home ’till midnight!

Our neighbour, Noel, who lives a few doors down, turned up in a Rolls Royce the other day. The roller was originally owned by a guy that lived down Tokonui way, so it’s still fairly close to home. Considering the size of the engine, it was silky smooth and hardly made a sound. A very impressive old machine! 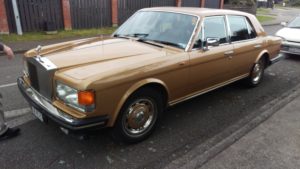 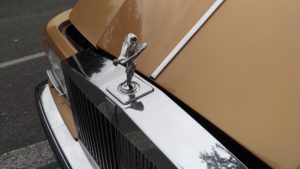 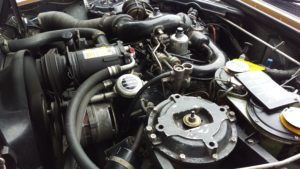 In other news, the poor Capri is out of action. I went to move it from the internal garage, to the shed and as I pulled it into reverse, the gear lever snapped clean off in my hand. Luckily, I was in the drive & managed to just push the car back in into the garage. I’ve since had to pull the centre console apart & unbolt the shifter from under the car. I dropped it off to my friend Ricky, who’s an engineer. He reckons he’ll be able to weld it back together. Fingers crossed, as I haven’t been able to locate a decent replacement anywhere! Aaaaah, the joys of classic car ownership! 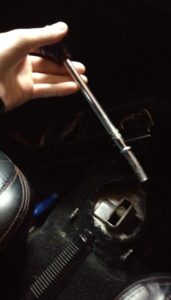 I have another blog post in the works, where I’ll be doing a ‘Mazda’ feature. Should be something a bit different.

Pictured above is my fuel mileage. As I stated earlier, the car just keeps getting better and better mileage. I also have a walkaround of the Fiesta planned – I actually need to do a tyre rotation before my trip this weekend, so might do it after I’ve rotated tyres & clean her up.

Stay tuned & stay safe out there!