We’ve only ever had spectacular weather at this event. Usually it’s stinking hot and I go home with significant sunburn. 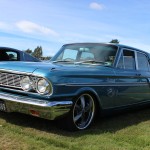 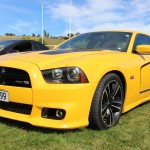 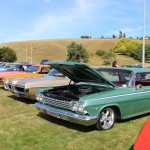 The blue Cobra pictured below had just returned from a full paint job, by about a week. The owner said the car had been off the road for a few years and this was its maiden voyage out after being painted. We even checked for stone chips on the bonnet and front of the car. There weren’t any!

His wife was in the XF Falcon S Pack. This was my favourite car of the show, as I grew up in the back of our ’87 XF Wagon and had some wonderful memories. Her car looked the part and being the S Pack, with manual transmission, made it all the more desirable. Great having a chat with the owners. 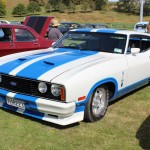 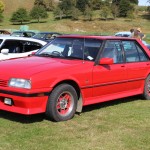 A brand new V8 Mustang from Central Otago. This is the first manual that I’ve seen. Had a great chat with the owner, who at this stage had only done around 1000 kilometers in the vehicle, but had some big trips planned for it. In the boot he had a fitted car cover that he purchased with the car. He went on to say that the car looks just as aggressive with the cover on as it does in the flesh. 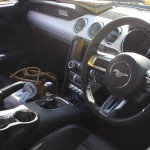 Pictured below is the stunning looking Mk1 Mexico replica and my Mk2 Capri GT. I’ve been thinking about putting a wider graphic down the side of my Capri, somewhat similar to that on the Esky. Thoughts??? 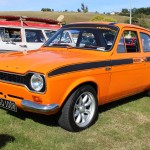 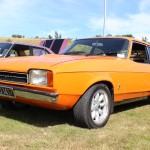 The wee Austin A35 as below was owned by an older gentleman and was a real throwback to classic British motoring. He was delighted when his car one people’s choice. 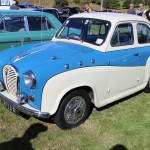 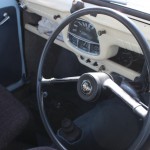 Two very original cars (even if the Cordia has been fully restored). I’ve seen the Cordia before, but this was the first time seeing the Mazda below. Note that the first owner of the Mazda had the vehicle for 38 years! Very impressive! 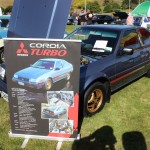 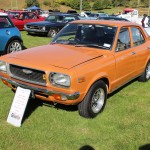 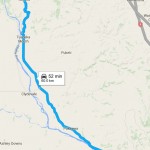 The show was all wound up by about 2pm, so we headed on our way. I left Lawrence and headed into the back of Balclutha on what I can only describe as some of the best driving roads I have driven in ages. It’s probably the hardest I’ve ever pushed the poor Capri, however, I didn’t break the speed limit at any stage – just tried to maintain it! Can’t wait to toss the ST around some of these roads when it arrives.

One Response to Lawrence Car Show 2016