I’ve decided in my infinite wisdom, to give the poor Capri a bit of a break for a few months. As of today (4th January 2017), it’s no longer road legal and requires a WOF (Warrant of Fitness) to verify that it’s legally safe to drive on New Zealand roads. It needs some very minor work done before it’ll pass this time, so I have decided not to rush the job and give the old girl a bit of a rest, as I have other cars that I don’t do enough kilometers in anyway.

Before locking the old girl up for a while, I decided to do an afternoon trip through to an old ghost town, called Kelso, in Otago. The route we took wasn’t exactly the quickest or smoothest, but covered some roads that we don’t typically drive on. We ended up bringing the car home earlier than expected, due to some mechanical noises from the rear that I wasn’t exactly keen on hearing. Guess that’s something else I’ll need to look at before I put it back on the road. On the return trip home, I did pull into the forecourt of the closed petrol station in Tapanui to examine the underside of the car to see if I could spot the noise, while trying to stay out of the pouring rain. Unfortunately, there wasn’t anything that “appeared” to be broken – at least to the naked eye. 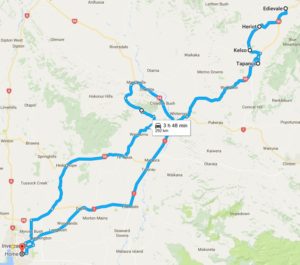 When we arrived in Kelso, I was struck by just how little of the town remained. On the main road, there are couple of sign boards and a monument depicting the flood levels for each of the separate floods that have occurred in Kelso. Further down the road, there is also a war memorial (however, I haven’t got a decent picture of this). 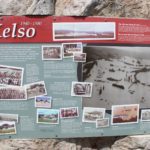 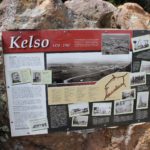 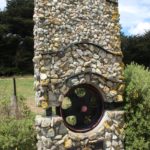 Kelso was originally wasteland between the Crookston Burn and the Pomahaka River, which converged on the gorge below the village. It was originally surveyed in 1865 and settled in 1878. Over the next thirty years, the town grew considerably. Aided by the additional of a railway line in 1881. The sign says that Kelso’s heyday was around 1900, with the town comprising of:

It was interesting reading about Dunnet’s Hotel. Originally called the Railway Hotel, it was built for Charles Dunnet in 1881. The hotel was taken over by Robert Leask (his cousin that he and his wife had raised) after his death, in 1910. Robert Leask renamed it to the Temperance Hotel and continued to run it until his own death in 1953. Once he passed, it was sold out of the family and within a couple of years had been demolished. My great-grandfather was also called Robert Leask, however, I don’t believe it’s the same man. I’ll have to ask my grandfather next time I’m on the phone to him!

Originally there was a flood in 1903, but the township still kept plodding along. Then in 1978, they had the flood that they called the ‘100 year flood’. Presumably they assumed it was one of those occasions that was likely to happen only once every hundred years. A flood relief fund was setup for the community after this, which allowed a lot of the town to get back on their feet.

Only two years later, in 1980, the town flooded yet again. They aptly referred to this as the ‘2nd hundred year flood’. Pretty original, huh? The remaining money from this fund was used to help relocate a lot of the houses and buildings away from Kelso, as the community up and left. They mention that the old post office, which was opened in 1954 was moved to Lawrence after the flood. My next planned trip will take me through Lawrence, so I’ll have a peruse around and see if I can find it. 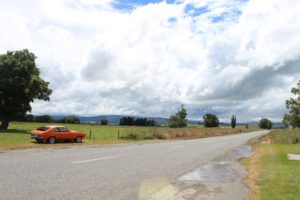 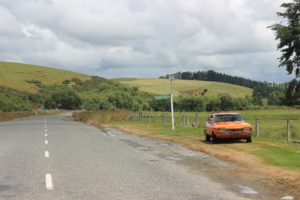 Views of the main road of Kelso. Note that the area is mainly just farmland now. 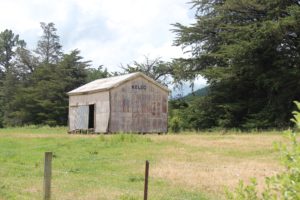 A picture of the one lone shed that you can see from the main road. 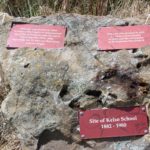 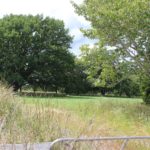 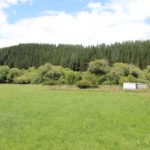 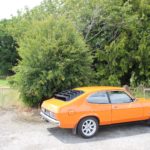 I tiki-toured around one of the back streets and found the site for the old school. When I say old school, it was their ‘new’ school, which was build between 1950 – 1951. The school was refurbished after the 1980 flood, but a referendum was held about future flooding and the school was then closed. As you can see in the four photos above, there isn’t much left except for a little shed and small fenced area surrounding it.

There were two or three little ramshackle properties on a street behind the school, which still look like they’re inhabited. It’d be a nice and peaceful place for a summer holiday, I bet. 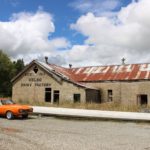 The only other building that was still standing was the old Kelso Dairy Factory. The building still looks like it’s structurally sound, even if it has seen years of neglect. Unfortunately, we couldn’t get inside as the building was surrounded by what appeared to be an electric fence. I wasn’t game enough to try and a couple of other ladies that were looking at it too weren’t all that keen either! 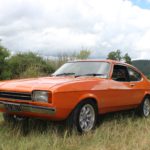 I pulled into a paddock a little bit further along from the Dairy Factory, to see if we could get access to the creek that ran along the back. The trees and undergrowth around it was too severe that we couldn’t get to it. Mind you, the field did provide a good photo opportunity for the old Capri. 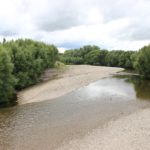 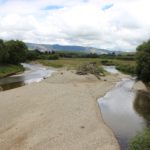 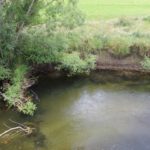 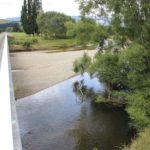 I drove along to a bridge that crosses the Pomahaka river, so that I could get a couple of shots. I wouldn’t say that the river was extremely close to the town – as it would have been a good half-a-kilometer down the road, which surprised us as to how it could have flooded so severely. One of the photos shows the embankment and the water level is currently quite low, especially considering we have had a bit of rain recently. For water to rise to the extreme level that it did back in 1978 and 1980, it must have been treacherous rain. 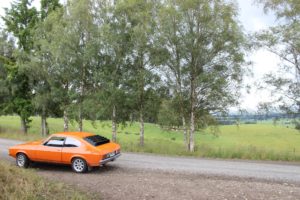 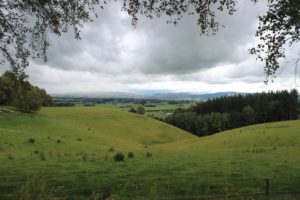 We then drove around and up the back (or front, depending on how you look at it) of Kelso, as I was hoping to get a shot of the town. Unfortunately, we couldn’t get across some private farmland – so Kelso (which I had my back to in these photos), isn’t pictured. It wasn’t long after I took this shot, that we were in unbearable rain. I had my wipers on full and couldn’t drive faster than 60kph!

It was an interesting day, learning a lot about a thriving town that once existed in the area.

Stay tuned for my next update!